Ten Years since the Journey started from the Dormitory of Harvard

February 4th 2004, it was then a new entrant entered in the already crowded field of social networking sites. Friendster, the social networking site which has been eventually taken over by MySpace later was the undisputed leader then. Internet giant, Google has launched the once popular Orkut about a few weeks earlier. Mark Zuckerberg, who was staying in a dormitory in Harvard University, launched ‘thefacebook.com’  as a platform where college students can post personal information about them, tread messages and find new friends. 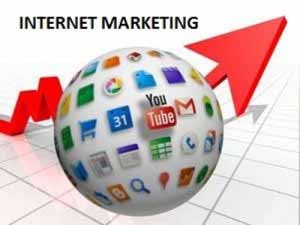 Anyway, Zuckerberg was not in a mood to fight with giants in the field at that time. Hence he made it exclusively for the college students and did not have any plan to make money out of it. By the end of the year site had 1 million members. Although it continued to be in its primitive stage without photo uploading facility and many other facilities which the members enjoy today. However, Zuckerberg was serious about his site and keep on incorporating many feature. At the end of the fifth year, his efforts started paying back. In the year 2009, Facebook registered profit for the first time and since then it never had to look back.Here the Facebook started playing an important role in internet marketing.

In the year 2005 Facebook begins to add international school networks and the year 2006 witnessed many changes in Facebook. It was in this year, Facebook photos and news feed were launched. It was in 2006, the Facebook went out of the colleges enabling anyone to get registered and to use the facilities in Facebook. In November 2007 it initiated self service ads which are considered the first step towards going commercial.  In the coming years Facebook witnessed many changes and many new features have been added to it. Right after six years from its launch, Facebook reached a membership of 500 million people across the world in 2010. This achievement was a record as it would have been the third most populated country in the world after China and India, if Facebook was a country. According to a recent survey report an average of 100 million people are using Facebook every day.

However, the news coming out from various corners are not so good for this social networking giant when it celebrates one decade of fabulous service. A recent survey revealed the trend among the youth to drift away from Facebook. Many new apps and networking sites which offer a higher level of privacy have become the favorites of the new generation. According to the industry experts, Facebook too will meet with the same fate as that of Orkut and several other social networking sites. However, no one can reject the unique ideas and approach of Mark Zuckerberg. A timely action from this wizard may make all the calculations and predictions by the expert wrong.

3 Steps to Develop a Successful Digital Marketing Career
Is Digital Marketing Worth Learning in 2021
Top 5 Coding Skills to Learn Online During Coronavirus (COVID19) Lockdown
Why Is web designing skill trending one today?