Well! Though both web and graphic designing have their independent identities but both the fields require the basic entity, i.e. creativity.

As creative skill is a common and binding factor between web and graphic designing, but both are associated with different channels. While Graphic designing involves in the process of incorporating ideas, thoughts, typographies,  images and concepts and presenting them in a visually engaging form through print, electronic or other media; whereas web designing has the similar process of creating websites online.

When it comes to define these two designing fields, there are clear definitions. Graphic designing which is also known as communication design requires no programming skills, is imbibed by various sectors and designers 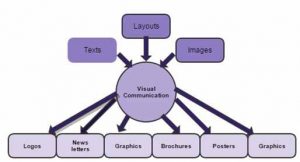 experience creative freedom. It is the process of combining layout, text and images to communicate information in a visual form. It is an integral part of any business activity and a good graphic design enables to-

On the other hand Web designing is an art of creating and presenting contents to the end-user through the World Wide Web. It is the process of planning and creating websites which includes information architecture, user interfaces, site-map/structure, fonts, layouts, background as well as font colors etc. Also an integral part of any website, web design enables- 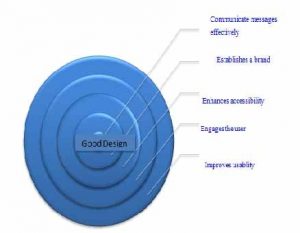 After understanding the core concepts in web and graphic designing, let’s move on to the basic similarities, both require creative skill as mentioned earlier in this write-up, but other components like text, image and various other things are also required to efficiently communicate the client’s vision. Apart from the above mentioned basic skills,  a web/graphic designer should also posses artistic, imaginative and visualizing skills which are also quintessential.

To sum it up we can say that a good website is an amalgamation of graphic design and web design. Both are creative skill and should complement each other to develop elegant and functional websites. A good website should not only be compelling in its look on all devices, but should also generate certain action from the user, which would make the site functional as well.